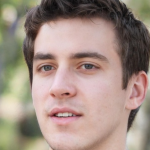 I learned that Natasha is 28 years old and that most Russian men are alcoholics, unemployed, violent, or some combination. Natasha decides that she needs to hit the road to find a mate, and it would be nice to have that person pick her up at the airport. A day or two after Natasha emailed me, I heard from Svetlana, who was 29 and just as interesting, with a brighter personality. Assuming they were friends, he tested me to see if I would say one thing to one and something different to the other, I told them that if they compared my messages I would say something different to each. I will write my erotic stories separately. I will not repeat myself and they will both get to know me better.

Svetlana had finished writing before I could find my drawings, and Natasha did not admit that she knew her. Natasha sent her photo and the woman in the photo was beautiful. If she needed to meet someone at the airport to start a new life, I was ready to get into trouble. Even though I’m more than twice her age and probably older than her parents, I imagine she’ll hear her biological clock ticking and have plenty of excuses to live somewhere outside of Russia.

She had some college education and spoke English, but for speed and convenience she had to use an internet cafe to find a partner and an electronic translator. I had no objection. The translator added a lot of magic and got my meaning quite clearly. My neighbor is Polish and I’m used to sentence structure inversions.

Natasha was addicted to the man who wrote this profile and told me from the beginning. The more she warns him that she is falling in love with a man in her head, the more she will love him. His mother and friends were happy that he had found Mr. Right. Sex might be good, but love was better, and nothing could beat sex with the one we loved. She loved me so much that she skipped the phone calls and was here as soon as the paperwork allowed.

At the very beginning of our correspondence, he started telling me how much I loved him and how well it would be. I found this method very attractive. I told him loving him was the least I could do. The dialogue heats up and I start writing him a thriller as he begins to reveal his dreams for us together. It must have pushed him over the edge. At the end of June, she went to collect the papers. I was surprised that after arriving with $400 there would be no wait for the paperwork. He said relatives had promised him a ticket, but he had nowhere to pay $400 to four months’ salary.

I wrote her again, explaining that the most important thing in our relationship was that she came to me on her own, and that there was no way I could afford $400. Maybe she chose the wrong friend. On July 4, I received a beggar’s letter from Natasha. I didn’t answer. It’s been almost six weeks and I haven’t heard from him. It is sad to know that love can cost more than one. I miss this love letter. One day someone else might write sex stories it, and again I’ll pretend they meant every word. That’s about as much as I can handle.